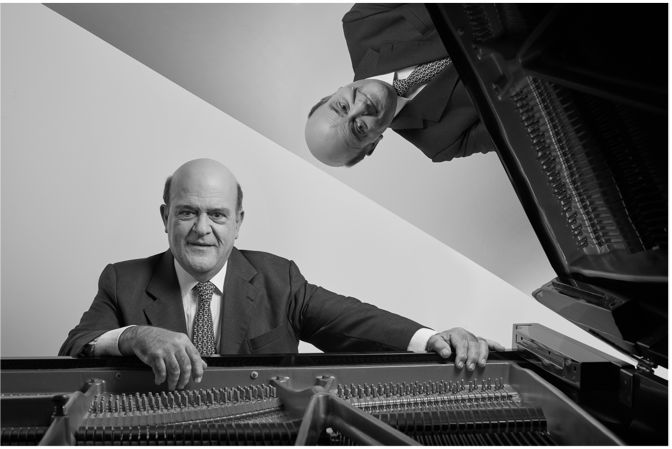 He studied in Portugal with Helena Sá e Costa and other teachers. In 1967, the Calouste Gulbenkian Foundation offered him a grant, which enabled him to do a year of advanced study in the United States of America. In 1969, after completed the National Conservatory of Lisbon advanced course with the highest distinction, in Helena Matos class, he continued to study in Paris, under the guidance of Yvonne Lefébure.

He won awards in several Portuguese and international competitions, including the 1st Prize in the Debussy International Competition in France.

Adriano Jordão’s artistic career has taken him all over Europe, North and South America, as well as Africa and Asia.

From 2004 until 2011 he was Portugal Cultural Counselor in Brazil and from 2013 until 2016 member of the board of Opart, running the National Opera and Ballet.

In parallel with his activity as a pianist, Adriano Jordão is, since 2016, the Artistic Director of the Mafra Music International Festival.