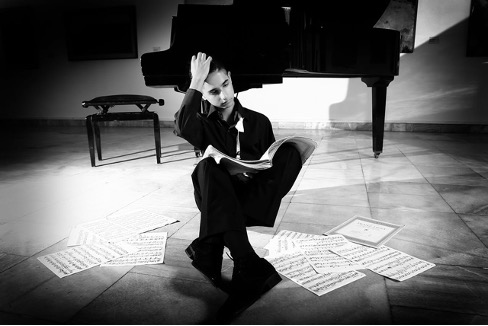 Significant influence on his piano development has the pianist Chantal Stigliani who as the president of the French association “Philomuses”, in April 2017 at the international competition “Music and Earth” in Sofia awarded him the “Philomuses Special Prize” with an invitation for his debut concert in Paris. After winning the “Albert Roussel” Competition, and participating at the “Piano Campus” Competition, Arda was invited by the artistic director Jean-François Heisser to the “Maurice Ravel International Music Academy”, where he attends classes with Professor Michel Béroff.

Arda is a pianist who continues the school of Evgeni Koroliov. After the clear directions of Professor Koroliov and the intensive preparations with Professor Milica Skarik, Arda began his studies with Professor Anna Vinnitskaya at the Hochschule für Musik und Theater in Hamburg.

Arda Mustafaoglu was awarded with the “13th November Award” for an outstanding contribution to the promotion of the City of Skopje in the world.