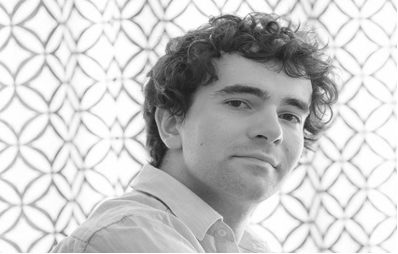 Ingmar Lazar, who has been called “a pianist with a magnetic presence” by Classica Magazine, is internationally praised for his profound and moving performances, as well as for his brilliant mastery and stunning technique. He has firmly established himself as one of the leading French musicians of his generation.

He performs in the world’s most prestigious halls, such as the Great Hall of the Tchaikovsky Conservatory, the International Performing Arts Centre in Moscow, and the Charles Bronfman Auditorium in Tel Aviv, to name a few.

His critically acclaimed discography includes a Schubert recital (Wanderer Fantasy and Sonata D.959) released in 2017 on the Lyrinx label, which received a five-star rating from Classica Magazine and was awarded France Musique’s Choice. A Beethoven recital (Bagatelles op. 33, Sonatas op. 81a “Les Adieux” and op. 111) recorded live at the National Theater in Marseille “La Criée” and released on the same label in 2019 received fabulous press reviews and again a five-star rating from Classica Magazine. Ingmar Lazar’s curiosity also led him to explore rarely performed repertoire, resulting in several CD releases on the Suoni e Colori label, including works by Jean-Philippe Rameau and, in duo with Alexandre Brussilovsky, works by Jean Françaix, Mieczyslaw Weinberg and Efrem Podgaits.

Born in France in 1993, Ingmar Lazar made his debut at the age of 6 at the Salle Gaveau in Paris. He is a laureate of several international competitions and was awarded the Tabor Foundation Piano Award at the Verbier Festival in 2013. He was also named a laureate of the Safran Foundation for Music, France, in 2016. In 2020, he became a laureate of the Ateliers Médicis, supported by the French Ministry of Culture. Ingmar Lazar is a Steinway Artist.

A former student of Valery Sigalevitch and Alexis Golovin, he continued his studies with Vladimir Krainev and Bernd Goetzke at the Hanover University of Music, Drama and Media. He then attended the International Piano Academy at Lake Como and the Conservatory of Italian Switzerland (Lugano) as a Theo Lieven Scholar, where he studied with Dmitri Bashkirov, Malcolm Bilson, Fou Ts’ong and Stanislav Ioudenitch. He received his master’s degree in performance at the University Mozarteum Salzburg in the class of Pavel Gililov. He holds a scholarship from the International Academy of Music in Liechtenstein and was a member of the Philippe Jaroussky Music Academy.