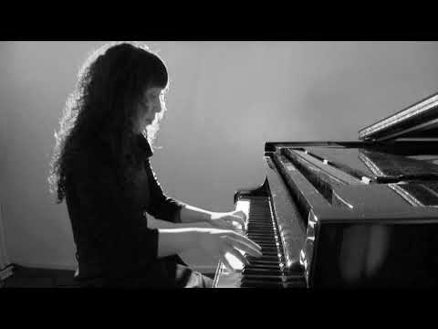 Masako Sakai was born in Japan in 1974. She received her first piano lessons at the age of 5. She won several national competitions in Japan and Singapore.

She studied privately with Ryoko Fukasawa before going to the Tokyo State University of Fine Arts and Music (“Geidai”) in 1993. There she studied piano as a concert subject with Takejiro Hirai and Klaus Schilde.

In 1997 she graduated and continued her studies with Roland Babk at the Vienna Conservatory (until 2001).

In 2002, she was a prize winner at the 8th International Mozart Competition in Salzburg.

She is a member of “Bösendorfer Artists & Friends” from the Bösendorfer piano company.

Complementing her education, she attended numerous master classes and studied with Rudolf Kehrer, Ferenc Rados, Oleg Maisenberg, Paul Badura-Skoda and Klaus Schilde.
For years she has performed as a soloist and chamber music partner in Japan and Europe. She has played as a soloist with various orchestras, e.g. Städteorchester Bad Saulgau (2006), Germany tour with Aoyama Gakuin Orchestra (2012).

For several years she has also been engaged in jazz. She studies jazz piano and Hammond organ with Matthias Bublath.

She is part or leader of several projects: e.g. Toriyo – Organ Trio with Niklas Rehle (Guitar), Simon Kerler (Drums), Duo Project with Gero Hensel (Trumpet), and others.
She was part of several CD productions ( “3” , “kaRuinoLinoiRuka”, “Redbax” , “Marry Me Now”, among others).