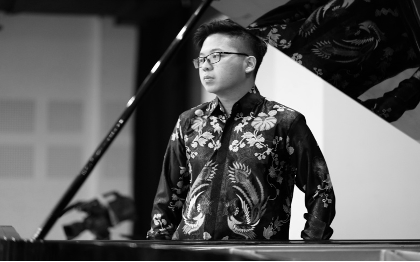 Caesar Yuwono was born in 1997 in Indonesia. In the year 2015 he graduated from high school to continue his studies at the Conservatorium van Amsterdam under the guidance of Professor Frank Peters.

He has won numerous awards.

He has performed in many concerts in The Netherlands, Germany, Malaysia, Singapore and Indonesia.
Not only performing, he also gives masterclasses and teaches Amateur Pianists.