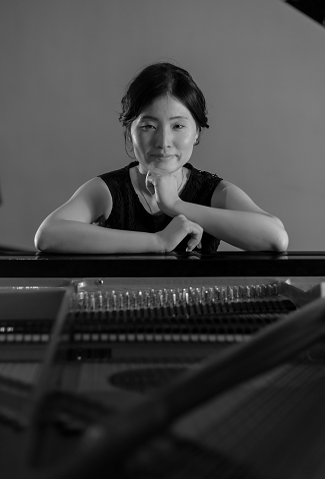 In 2000 she moved to Germany where she trained in Berlin under Prof. Erber. Between 2001 and 2004 she studied with the Prof. Klaus Schilde in Weimar. During this period, she studied Chamber Music with Prof. Beetz (Abegg Trio). She also completed masterclasses with Prof. Karajewa (Vienna), Prof. Schirmer (Mannheim), Prof. Kehrer (Zürich), Prof. Mia Paul (North Texas Univ.).

Between 2004 and 2010 she continued her piano studies as a doctorate student at MIAM, Istanbul Technical University (ITU), in Turkey with the State Artist Ayşegül Sarıca and completed her Ph. D. under the advisership of Prof. Dr. Cihat Aşkın and Prof. Judith Uluğ.

Dr Tekin has been invited regularly by the Afyon Music Festival where she gave many recitals. In 2013, she played U. C. Erkin’s concerto with the Istanbul State Orchestra for the goodwill concert between Turkey and Korea which is organized by the both governments. Since 2013 she is regularly invited to give master classes and seminar as a guest professor at the Bologna, Salerno and Lecce Conservatory in Italy. She has been invited to give concerts by the many international festivals.

Dr Tekin released four CD albums under the name of Triole (2010), Romance (2016), Winter Sonata (2019), Piano Duo-Hungarian Dances of Brahms (2021). She has given concerts in many important concert halls.

She has working at Marmara University where she has been in the department of music as Prof. Dr during 2008-2021. Currently she is working as Prof. Dr in the Bahcesehir University from 2021.