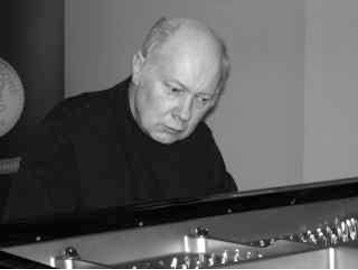 His repertoire ranges from William Byrd to Lutoslawsky and includes the Bach Goldberg Variations and The Art of Fugue, all the Beethoven Piano Sonatas and the complete piano works of Schönberg.